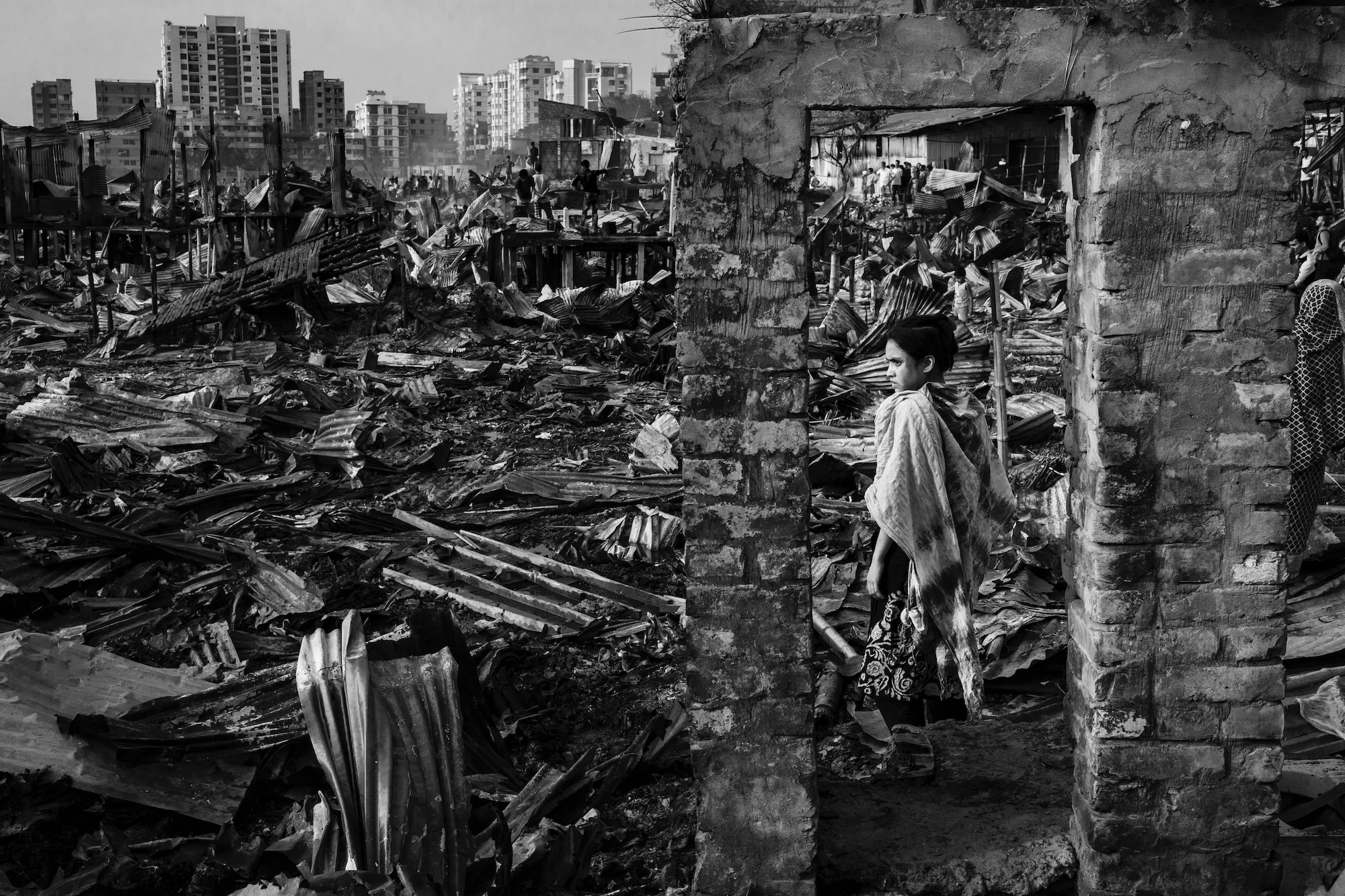 I want ordinary people to understand what it is we're playing for when it comes to technological progress. I want people to feel it in their guts.

Most discussions of technological progress revolve around an imagined future, whether as the source of enormous boons, or else as a means to avert species-ending disaster. Some deal with the imagined consequences of the future technologies themselves, for example artificial super-intelligence and approaches to mitigating them.

Arguments based on imagined worlds often have the ring of just-so stories, and those that end in either apotheosis or annihilation lend a quasi-religious millinearian tinge. For this reason such stories fail to be compelling, except for certain types of people.

Humans are wired to understand the world in terms they can relate to, and distant salvation or distant apocalypse are difficult concepts for the vast majority. There are many imagined futures, but we have only a single past, and that past is something everyone can understand because it echoes through our shared cultural heritage and experiences of daily life.

In 1798, Thomas Malthus published his seminal book, An Essay on the Principle of Population. Malthus' key observation was that population increases exponentially, while food production increased only linearly. Malthus predicted this would result in increasing overcrowding, poverty, and repeated cycles of population explosion and collapse, with no possibility of economic surplus.

A Malthusian world is a closed system, in which humanity fights over whatever resources are available, diminishing them and ourselves, forever. Though it seems from the vantage of our own age that Malthus was proven wrong, this was the reality of the world for most of human history. It looked like famine, disease, and death in childbirth. And through it flowed rivers of blood.

In the Malthusian world, where there is never enough for everyone to be comfortable let alone prosperous, the question immediately arises - how is the finite, closed world to be divided? Who is to be prosperous, and who destitute? And on that basis, entire ideologies - Malthuisian ideologies - of subjugation and slaughter are born, over and over again. Malthusian ideologies redraw the internal boundaries of the closed world, but never step beyond them. They cannot; the concept of beyond in such a world is meaningless.

It is a mistake to believe that the Malthusian world is a product of these ideologies. In fact, such ideologies arise as a consequence of the closed system, and of the innate human needs for comfort, for prosperity, and for our children to have a better life, and for a frontier to explore and expand into - in a Malthusian world, these things can only come at the cost of others, and so the only ideologies that can exist are those prepared to inflict those costs.

In a Malthusian world, the suffering and death of millions, hundreds of millions, is not an aberration but the only possible outcome.  It is an endless battle amongst ourselves, with no hope of escape, where any surplus is swiftly burned in the fire of bloody war as the need for competition and defense outstrips everything else.

In a Malthusian world, there is no possibility of reaching the necessary 'escape velocity', the necessary economic surplus to escape the cycle. This is the hell we lived in. Unlike the imaginary futures of planet killing asteroids or eternal life among the stars, this really happened. We know what it looked like, for certain.

But in our age, there is reason to hope.

Malthus' predictions have not come to pass. The world is now simultaneously much more populous (without the cyclical population bubbles Malthus' models predicted), and much more economically prosperous than it was in 1798.  Indeed economic growth has been exponential, as has growth in food production, first keeping up with, and then outstripping population growth.

This is because Malthus' models did not take into account the contributions of technological progress, which have increased at rates that considerably outstrip even the growth of our own population. But he wasn't wrong. In Malthus' time, there was no technological progress in any meaningful sense on a society-wide scale. He could not forsee that which had never existed on earth before.

In fact technological progress has created economic surplus at such an incredible rate, outstripping not only the requirements of population growth but also the destructive forces of competition, that for the first time it may be possible to escape from the Malthusian Hell, and along with it the resulting Malthusian Ideologies.

Through continued technological progress, humanity stands a chance of stepping into an unbounded world. A world where it will never again be necessary to decide who must prosper and who must go without. Whose children will live, and whose will die. Which ways of life, economic systems, modes of government, are dominant and which are wiped out in fire and blood.

And end to scarcity not only of material resources, but also the ways it's possible to be human - a much higher, much brighter ideal, for even in a closed world of infinite material resources but only one way to live, there will be blood and suffering, for humankind fundamentally needs an unbounded frontier, one that will never close.

An unbounded world is the only one in which we can escape from Malthusian ideologies, because the innate desires of humanity - comfort, prosperity, frontier, a better life for our children - can be met forever, for all.

We live now in a time where we might be able to reach escape velocity, or a beginning of infinity. We stand on the threshold. It might very well be the only time in the past and future of our species that we have this chance.

Technological progress is not inevitable. It is not guaranteed to continue. We got very lucky.

Technological progress is itself precarious, relying as it does on economic surplus - both for the capital costs of technical development, but also in order to provide for people the comfort and space to think effectively. Threats to the existense of a continued economic surplus loom, and may take many forms.

A changing global climate requiring the consumption of a greater part of economic produciton to maintain, let alone improve standards of living. Some global event that undermines our complex industrial base, for example a truly deadly pandemic virus, throwing us back along the growth curve but now without the resources or economic surplus needed to regain it. Increased intensity of competition and conflict that represent nothing but an accelerating deadweight loss to the future of humanity, hanging from a cross of iron.

Not all risks with unlimited consequences for humanity's future wipe out the species in one fell blow, or at all. It's sufficient that they deny us our escape from the Malthusian Hell by squandering the economic surplus necesary to continue technological progress.

All that's necessary is that we are cast back far enough that we are incapable of regaining what we have today, having destroyed the surplus and left unable to ever recreate it, or that we let the miracle slip out of our grasp. In that event, the future will resemble the past forever, for there was never in the past any chance to escape, and never will be again.

Without escape it is inevitable that the future will be suffering, fire, and blood, until the extinction of mankind.  The Malthusian ideologies are all that we will have to believe in.

Stories about binary outcomes for humanity through events no human has ever experienced, such as total extinction through paperclip maximizing endlessly replicating universal nanomachines, or else total apotheosis through the uploading of minds into computers, are fundamentally disconnected from the human experience, and so cannot hope to reach most people at their emotional core. We can envision them in our minds but not feel them in our guts.

In contrast, our Malthusian history is vicious and cruel, and above all real. Our ancestors, our families, lived through it. It was a knife-fight between brothers in an airtight phonebooth, that we would repeat until there is no more blood left to shed.

The nature of our history and the core of our beliefs is a result of material realities. Only the fragile promise of continued technological progress represents an escape from the horrific, deadly, Malthusian prison that was the past.

These are The Stakes. This is what we're playing for. I hope that you feel this now, in your guts.